Want to know what’s happening in Hobart, Tasmania? We’ve got it covered.

We guarantee the most up-to-date new stories about Hobart, which are written by local, national and international reporters exclusively for you.

Photo of the week blue mountains by neal pritchard

what's been happening in Hobart this week

The cost of renting a house or apartment in Australia has fallen by almost 9% in the past 12 months. A huge increase in the number of residential properties – especially units (apartments) – that have come onto the market over the past couple of years has created an over-supply of properties and forced landlords to reduce rents in many major cities. In Perth, rents are at a three year low and the number of…

More than 100 new jobs are to be created by a leading boat-building company in Hobart, Tasmania. Hobart-based Incat is planning to take on more than 100 new workers after it won a new contract to build a ferry for a Danish operator. The new vessel must be delivered within the next two years. The 112-meter fast vehicle ferry will be the fourth vessel Incat has built for Danish operator Mols-Linien. Incat has been contracted…

The price of residential property has fallen in half of all capital cities in Australia. In the past three months the value of residential property in half of Australia’s capital cities has decreased, with traditional ‘hotspot’ Sydney seeing flat price growth. Darrell Todd of thinkingaustralia says: “A fall in house prices is good news for buyers and migrants seeking to purchase their first home down under. I have been predicting a housing price slowdown since…

The University of Tasmania in Hobart is to get a new $75m centre for creative industries and performing arts. The development, set to create 250 new jobs, will create a new education and research hub to contribute to Tasmania’s creative industries, along with a custom-built home for the Conservatorium of Music and state of the art performance spaces for public enjoyment. “This complex will provide a significant enhancement to the State’s arts, cultural and performance…

The roll-out of the new National Broadband Network in Hobart, Australia is now 50% complete and the price of broadband has plummeted. As the latest fixed wireless tower was switched on in Neika, it has emerged that the cost of internet access across Australia has fallen dramatically in recent years. The price per GigaBit of data for broadband customers in Australia has fallen from around $30 in 2007 to less than $1 per Gb today,…

The cost of renting a house in Australia has fallen by 1% and across the country combined rent is increasing at its slowest on record. Rent inflation is slowing down as the construction boom brings tens of thousands of new homes onto the market in Australia’s capital cities. And in three major cities rental costs have fallen in the past 12 months, in one case by over 10%. Sydney, at $592 per week, remains the… 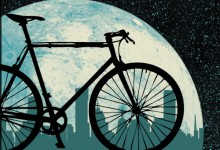 More than 7,000 cycle enthusiasts are due to take to the streets of Melbourne, Hobart and Brisbane in Australia for a massive night time bike ride event, Ride the Night. The unique event, from midnight Jan 30 2016, will see thousands of participants across all three capital cities pedal from midnight to dawn past some their city’s most iconic landmarks. All funds raised for Ride the Night will support the work of not-for-profit Youth Support…

1980s rock group Icehouse are to play concerts in Hobart, Australia as part of a major comeback tour. The group, one of Australia’s biggest bands of the 1980s, shot to fame with a string of top-selling singles and albums and put Australian rock music on the world map years before better-known bands like INXS and Midnight Oil. Icehouse, fronted by Iva Davies (pictured), began as a pub-rock band in Sydney and was originally called Flowers….

IT jobs in Hobart

Experienced IT engineers and technicians are being sought by a company in Hobart. Successful candidates will be part of a national team working with world-leading IT brands, developing new skills and knowledge on projects ranging from ad hoc installations to complex enterprise class events. You’ll have opportunities for further training, flexible working hours and the opportunity to travel within Australia. You’ll be fully supported by our head office team and receive above average industry remuneration…

A new multi million-dollar extension to Sandy Bay marina is set to boost the yachting industry in Hobart. The city – famous for its’ Sydney-to-Hobart yacht race – will use the enlarged marina, used by the Derwent Sailing Squadron, to host a larger number of sailing events each summer. One in 17 people in Tasmania own a boat and one in nine have a boat licence, the highest percentage in Australia. The existing marina is…