Icehouse comeback in Hobart • Are you thinking Australia? | thinkingaustralia | 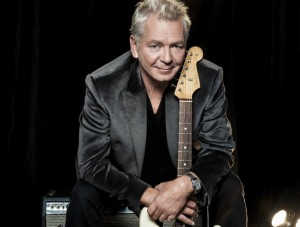 1980s rock group Icehouse are to play concerts in Hobart, Australia as part of a major comeback tour.

The group, one of Australia’s biggest bands of the 1980s, shot to fame with a string of top-selling singles and albums and put Australian rock music on the world map years before better-known bands like INXS and Midnight Oil.

Icehouse, fronted by Iva Davies (pictured), began as a pub-rock band in Sydney and was originally called Flowers. Their debut album topped charts and achieved multi-platinum sales in 1980.

The band then changed their name to Icehouse and went on to achieve major international success, their 1987 album Man of Colours topping charts worldwide. It became the biggest-selling album by an Australian band with more than a million copies sold in Australia alone.

Icehouse will play two shows at Wrest Point, on February 26 and 27 2016, their first concerts in Hobart in more than 20 years.