Affordable education in Australia • Are you thinking Australia? | thinkingaustralia | 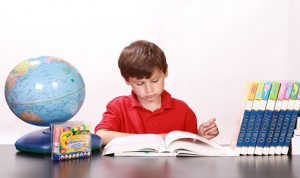 Hobart in Tasmania is the most affordable city in Australia to educate a child in a government or religious school.

A new report estimates that the cost of educating a child born in 2016 would total $45,114 throughout their school years in the government system in Hobart, one third less than the national average of $66,862

Education costs in Hobart are lower than other capital cities with total costs in Melbourne at $75,193, Sydney $73,063 and Brisbane $58,843 according to the report by national educational fund ASG.

Religious school education in Hobart also is the most affordable among state capitals with an estimated overall cost of $196,089 – over $30,000 less than the national average for metropolitan areas.

The cost of private schooling in Hobart is estimated at $421,309 – 10% less than the national metropolitan average but more expensive than Perth, Adelaide and Brisbane.

The cost of schooling in regional areas of Tasmania is estimated at $340,214 for private schooling – around $10,000 greater than the predicted national regional average and the third-most expensive after regional Victoria and New South Wales.

Based on more than 12,500 responses from members, the ASG Planning for Education Index includes a range of variables, including school fees, transport, uniforms, computers and excursions, to predict the overall cost of education.