81,000 empty homes in Australia • Are you thinking Australia? | thinkingaustralia |

Get our help FREE advice or find service providers with our ozdirectory
Home > News > All News > Property > 81,000 empty homes in Australia 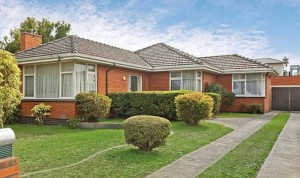 There’s been a rise in the number of empty residential properties in Australia.

December 2015 saw an increase in the number rental properties without a tenant and there are now 81,401 houses, units and apartments now standing empty in major cities across Australia.

Around 2.7% of all rental properties are empty across the country with a big increase in vacancies in Perth and Darwin, according to the latest report by SQM Research that says vacancies increased in every capital city between November and December.

Darwin has the highest vacancy rate at 4.2%, followed by Perth with 4.1%. Brisbane has 2.9% of properties empty across the city; Melbourne has 2.8% while Sydney and Adelaide have a vacancy rate of 2.1%. In Hobart however, the vacancy rate is 1.1% with just 302 homes currently empty.

As vacancies have increased, rents in many cities are falling.