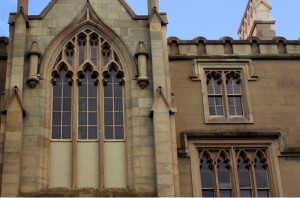 The University of Tasmania in Hobart is to get a new $75m centre for creative industries and performing arts.

The development, set to create 250 new jobs, will create a new education and research hub to contribute to Tasmania’s creative industries, along with a custom-built home for the Conservatorium of Music and state of the art performance spaces for public enjoyment.

“This complex will provide a significant enhancement to the State’s arts, cultural and performance landscape, incorporating cutting-edge immersive technologies and consolidating the State’s position as a leader in the creative and digital arts, and design,” said Professor David Sadler, University of Tasmania Acting Vice-Chancellor.

The completed project will create a new landmark for the Hobart CBD, joining other transformative projects such as the Institute for Marine and Antarctic Studies and the Medical Science Precinct, while complementing, enhancing and preserving the district’s heritage values, particularly the historic Theatre Royal.

The new centre will be funded with $37 million from the Australian Government’s Federal Education Investment Fund, $15.3 million from State Government, and the remainder from University of Tasmania and other sources.

The project has already achieved both development and building approvals for the early works, including approval from the Tasmanian Heritage Council.
Major construction is expected to commence shortly after completion of the early works, and is due to be completed in 2017.