Biggest bike ride in Australia • Are you thinking Australia? | thinkingaustralia | 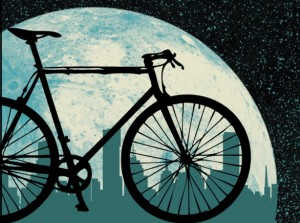 More than 7,000 cycle enthusiasts are due to take to the streets of Melbourne, Hobart and Brisbane in Australia for a massive night time bike ride event, Ride the Night.

The unique event, from midnight Jan 30 2016, will see thousands of participants across all three capital cities pedal from midnight to dawn past some their city’s most iconic landmarks.

All funds raised for Ride the Night will support the work of not-for-profit Youth Support + Advocacy Service (YSAS), Bicycle Network and their state-based partners. YSAS Director of Marketing and Campaigns Laura Callow said that Ride the Night was a great opportunity to have a lot of fun while raising money for a worthy cause.

“2015 was so successful that we just had to bring it back bigger and better for another year. We are setting the bar high next year, starting two new events, boosting the numbers in Melbourne to 5,000 and aiming to raise at least $600,000.”

Festival stops will also be scattered along all three routes, keeping participants fuelled, caffeinated and entertained, “Cyclists will ride from midnight through to dawn with entertainment stops along the way for rest, fuel, live music and more along the 70km route through past Melbourne’s iconic landmarks,” Callow said.

Entries will be open to the general public on Monday 7 September. Visit ridethenight.org.au for more information.