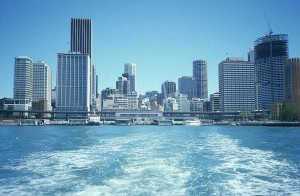 There has been a 5.6% rise in the number of people visiting Sydney in Australia over the past 12 months

And it is the city’s cultural attractions that have bought visitors flocking to Sydney. Internationally, the five strongest markets for cultural visitors travelling to Sydney are China, UK, USA, Korea and New Zealand.

In the year to March 2015, New South Wales saw around two million international travellers and 4.5 million domestic visitors attend theatre performances and concerts, or visited a museum, art gallery or festival, a historical or heritage building, site or monument.

“Our fantastic calendar of cultural events inspires many visitors to come to Sydney and NSW. They book into hotels, dine in local restaurants, visit attractions and shop in our retail outlets,” said Stuart Ayres, NSW Minister for Trade, Tourism and Major Events

Destination NSW’ says that 54% of domestic overnight cultural visitors to Sydney were from interstate and 46% were from intrastate NSW. More than a third of interstate visitors came from Victoria, followed by Queensland, Australian Capital Territory, Western Australia, South Australia, Tasmania and the Northern Territory.