Sydney to Hobart Yacht Race • Are you thinking Australia? | thinkingaustralia | 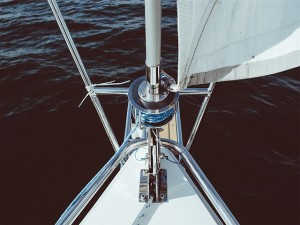 This year’s Sydney Hobart Yacht Race will feature more than 90 boats from over 25 countries.

The event, the world’s most famous yacht race, will see boats and crews representing every state in Australia as well as 17 boats from Britain; two boats from China and entries from Holland, Germany, Italy, Switzerland, USA and many others.

Mainland China is fielding two entries for its first foray into the race with Ark323 (Noahs Group) and Fei Li (Roy Pan), Eric De Turckheim’s Teasing Machine is representing landlocked Switzerland, KLC Bengal (Yoshihiko Murase) returns from Japan having finished the 2012 race in 12th place overall and Giovani Soldini, one of Italy’s most famous yachtsmen, will race the V70, Italia70.

The start of the Rolex Sydney Hobart Yacht Race will be broadcast live on the Seven Network throughout Australia, webcast live to a global audience on Yahoo!7 and live streamed via mobile.