Workers needed in Hobart • Are you thinking Australia? | thinkingaustralia | 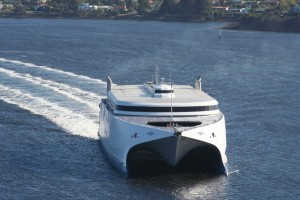 More than 100 new jobs are to be created by a leading boat-building company in Hobart, Tasmania.

Hobart-based Incat is planning to take on more than 100 new workers after it won a new contract to build a ferry for a Danish operator. The new vessel must be delivered within the next two years.

The 112-meter fast vehicle ferry will be the fourth vessel Incat has built for Danish operator Mols-Linien. Incat has been contracted to construct and deliver the ferry by early 2017.

Boat-builder Incat, who also make passenger ferries used on London’s River Thames, says it will need to significantly increase its’ workforce, currently 250, by at least another 100 workers.

“The new contract provides ongoing work for our employees for the next couple of years,” the company said. “There will be a significant expansion in the workforce.”