Average house prices in Australia • Are you thinking Australia? | thinkingaustralia | 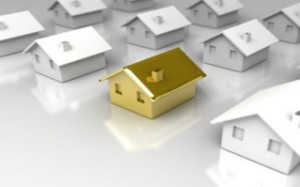 Home-buyers in Australia could buy three houses in Hobart for the same price as a single house in Sydney.

Such is disparity in house prices in major capital cities where, for the first time, the average cost of a house in Sydney has risen above $1 million.

But not all major cities have seen skyrocketing prices. Hobart and Perth have seen prices stabilise and the two cities are now the most affordable places to live among all Australia’s state capitals.

Across the country in all capital cities, the rise in house prices means that it now takes 1.28 average full-time adult wages to service a standard home loan. In Sydney, for those who’ve bought at the height of the market, it now costs $4,000 a month to pay the mortgage on an average house.