World Rally Contest in Australia • Are you thinking Australia? | thinkingaustralia | 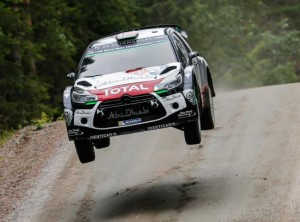 Manufacturer teams and their drivers have been announced for the WRC – 2015 Rally Australia. This year’s World Rally Championship in Australia will see a number of changes from last season following new rulings by the World Motor Sport Council. The new changes include:

In order to give greater opportunity to teams entering just one car in the WRC 2 and WRC 3 Championships for Teams, only the best placed car in a team will be taken into account for points.

The WRC 3 Champion titles for Teams, Drivers and Co-Drivers will be awarded to the team, driver and co-driver who have scored the highest number of points from six of the first seven rallies which they have entered to score points.

Cars homologated or approved by an ASN of the organising country will be permitted to take part in WRC events outside Europe, without eligibility to score Championship points.

In order to give more of an advantage to crews contesting all the stages, a seven-minute penalty, instead of five minutes, will be applied for a missed special stage or super special stage. However, the 10-minute penalty for missing the last stage of a day remains applicable.

Rally 2 cars will be permitted to score points in the Power Stage.