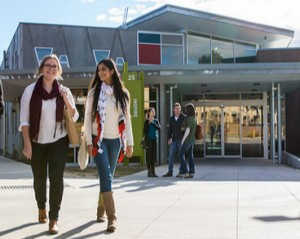 Universities in Canberra, Australia provide graduates with the best prospects of gaining full-time employment, according to the latest Good Universities Guide.

In its’ latest rankings, the University of Canberra and the Australian Catholic University each received three stars for teaching quality while ACU, ANU and UC all received a four-star rating for graduates getting a full-time job. The ACT has a 40% interstate student intake compared with just 9% in Victoria.

In other ratings, ANU came seventh in the nation for the proportion of students studying full-time, at 83%. UC has the fourth highest proportion of part-time students, at 88%.

The 2016 guide also shows that Canberra is convincingly a university town, with the highest proportion of students coming from another state to study in the territory.

ACU has campuses across Australia, including its Signadou campus in Watson. The University of NSW also has a Canberra campus through the Australian Defence Force Academy.