Australia has world best cities • Are you thinking Australia? | thinkingaustralia | 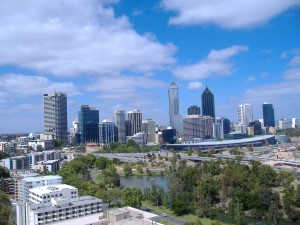 Perth in Australia, a city once described as ‘dullsville’, is now among the best places in the world to live.

The capital of Western Australia is one of four Australian cities to be placed high in the Top 10 of the world’s best places to live in the latest Global Liveability Ranking.

Melbourne is ranked Number One as the world’s best place to live for the fifth consecutive year. Perth has risen to number eight in world rankings, the city now receiving a 95.9% overall positive rating.

Adelaide is ranked fifth, along with Calgary in Canada, Sydney is seventh and Brisbane is 18th best place to live in the world.

Lisa Scaffidi, Lord Mayor of Perth, says: “Perth is a proud multicultural and global city, with more than one-third of our residents born overseas, compared to the national average of 25%. It is the perfect place to live, work, raise a family or have a holiday.”