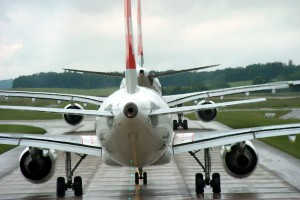 Flights in and out of Darwin, Adelaide, Melbourne, Perth and Cairns were grounded by ash from an Indonesian volcano.

A tourist flight between Darwin and Bali was one of 13 Jetstar flights cancelled due to ash from Mount Raung in Eastern Java that has been erupting for two days.

Flights across Australia were cancelled upon advice from the Darwin Volcanic Ash Advisory Centre, one of nine around the world that monitors all active volcanoes in South-East Asia.

Airlines resumed normal operations after 12 hours, with many having had to book hundreds of stranded passengers on different flights home.

The last major disruption to Darwin flights was in May 2014 when volcanic ash from Mount Sangeang Api grounded flights for several days.