Turnbull ‘no’ to Australia honours • Are you thinking Australia? | thinkingaustralia |

Turnbull ‘no’ to Australia honours 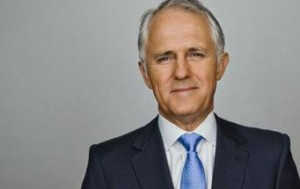 Turnbull, an ardent republican, is planning to abolish honours such as knighthoods and dame-hoods after the titles were revived by former PM Tony Abbott, who is a staunch monarchist.

The titles were abolished in Australia over 30 years ago but Tony Abbott re-introduced the titles last year. And his first move was to award a knighthood to Prince Philip. The move was controversial and last year sparked the first challenge to Abbott’s leadership of the Liberal Party.

The plan to abolish such titles was one of Turnbull’s first announcements since beating Abbott in the recent leadership challenge. The new Prime Minister will now put his proposal; to the ruling cabinet, which has signalled its’ support.