Top selling stars in Australia • Are you thinking Australia? | thinkingaustralia | 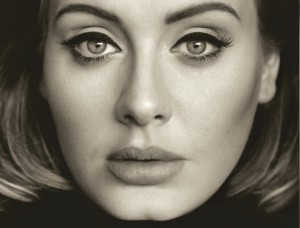 British singer Adele is the top selling singles artist in Australia this week and Elvis Presley is top of the album charts.

Adele’s Hello has achieved platinum status (70,000 sales) in Australia and is her second single to reach No. 1 down under. Someone Like You, spent seven weeks at Number One in 2011.

Macklemore & Ryan Lewis’ Downtown is at No 3
The Weeknd’s The Hills is at No. 4
Zara Larsson & MNEK’s Never Forget You is at No 5

On Australia’s albums chart, meanwhile, the King is back on the throne.

Elvis Presley’s If I Can Dream: Elvis Presley With The Royal Philharmonic Orchestra – is top of the album chart in Australia. It’s Elvis’ second No 1 album following his 2002 ‘30 #1 Hits’ best-of compilation.

Tina Arena is at No 2 with her eleventh studio album, Eleven.
Triple J Like A Version Vol. 11, is at No. 3
Def Leppard’s self-titled new album is at No 4
Taylor Swift’s multi platinum 1989 is at No. 5

Alanis Morissette is back in the charts with a 20th anniversary re-issue of her smash hit album Jagged Little Pill, which is at No 19 in the Australian charts.