Top radio stations in Canberra • Are you thinking Australia? | thinkingaustralia | 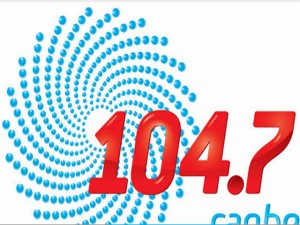 Canberra 104.7 FM is the most popular radio station in the ACT but it’s losing many of its’ young listeners.

Canberra 104.7 FM remains the most-listened-to station with an 18% share of total audience. The station plays mainly chart-based music and well-known ‘oldies’. It is also the most-listened-to station during afternoons and drive-time periods. Despite its popularity 104.7 FM has suffered the biggest loss of listeners aged between 10 and 17, with a drop of 15.9% since the last survey.

ABC 666 is the second most listened to station in the ACT with 16.5% audience share while commercial station Mix 106.3 increased its audience by 2.3% and now has 13.9% share of total listeners.

ABC 666 Breakfast with Philip Clark is Canberra’s most popular early morning drive-time show. 21% of weekday breakfast listeners tune into the program between 5.30am and 9am,

10.6% of people listen to Mix 106.3’s Kristen and Rod while Triple J Breakfast with Matt Okine and Alex Dyson has seen a 1.6% rise in listeners. Easy listening station 2CA has lost 1.5% of its audience in the past 6 months.