Tasmania the investment hotspot • Are you thinking Australia? | thinkingaustralia | 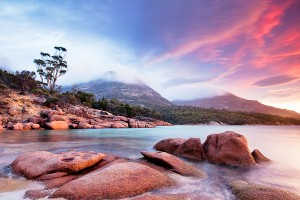 The West Coast of Tasmania is not only a beautiful place to live it is also one of the top-performing investment regions in Australia.

A new survey reveals that Tasmania’s West Coast has seen property values rise by over 300% in the past 15 years and, with capital growth rates higher than the national average, Tasmania is one of the best-performing regions in Australia.

Darrell Todd of thinkingaustralia says: “Given the continuing growth of the Australian economy, lots of people are looking at investing in property. Major cities like Sydney or Melbourne may be the obvious choice but in the past 15 years the best return on investment has been found in Tasmania.”

The survey ranked all of Australia’s 550 local government authorities by growth of population, house prices and rental yields and placed Tasmania in the top 20% of Australia’s Top 100 best-performing LGA’s and ranked it fourth out of 550.

29 of the total 550 Australian LGA’s are in Tasmania and twelve are ranked in Australia’s Top 100. Derwent Valley was the highest ranked LGA at 24th. Hobart City was ranked 147th (higher than every LGA in Sydney and Melbourne), while Sorell (55th) and Glenorchy (58th) were ranked in the best 10% in Australia over the last 15 years. Tasmania’s north performed particularly well. Kentish (32nd), Burnie (59th), Devenport (113th), Launceston (87Th), and West Tamar (153rd) performed strongly.