Sydney land worth $1.34 trillion • Are you thinking Australia? | thinkingaustralia |

Get our help FREE advice or find service providers with our ozdirectory
Home > News > All News > Property > Sydney land worth $1.34 trillion 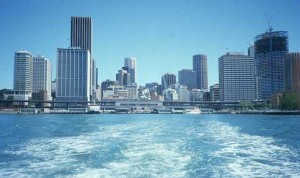 The value of residential land in Sydney, Australia increased by an average of 10% in 2015.

In parts of the city, land prices have soared by 47%. Across the State, the total value of land is now $1.34 trillion. And that’s just the value of the land, and does not include the value of property built on the land.

According to new official figures from the New South Wales Valuer-General the biggest increases have been seen in the west of Sydney with the fastest increase in Blacktown where the average value of a residential plot rose by 47% in 2015.

Land values also surged in Parramatta (up 36%) and Holroyd (38%). Values increased by more than 30% in Fairfield, Auburn, Canada Bay, the Hills Shire and Randwick.

The most valuable land is concentrated in the inner north and east of Sydney. The average residential land value in Mosman – not including value of the house – is now almost $1.6m. In Woollahra it is ($1.57m), Waverley ($1.41m) and Hunters Hill ($1.36m).

Demand has been strongest for residential land in areas near good public transport facilities.