Perth meteorite ‘older than earth’ • Are you thinking Australia? | thinkingaustralia | 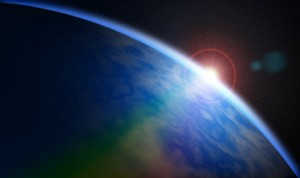 Researchers in Perth, Australia have discovered a meteorite in the outback that is older than the earth itself.

The 1.7 kilogram space rock was found in the South Australian outback by planetary geologist Phil Bland from Curtin University and dug out of the ground on New Year’s Eve.

The meteorite, that came from an area of space beyond the planet Mars, was tracked at it arrived from space on November 27 and landed in a remote part of a lake bed.

A search was then started to find the object using the 32-camera Desert Fireball Network, a light plane, quad bikes and a drone. But even using the latest state of the art equipment, it took three days to locate and retrieve the meteorite.

Professor Bland said the meteorite — thought to be a chondrite or stony meteorite — was an example of material created during the early formation of the solar system more than 4.5 billion years ago.