Sydney is ‘Best City in Australia’ • Are you thinking Australia? | thinkingaustralia |

Sydney is ‘Best City in Australia’ 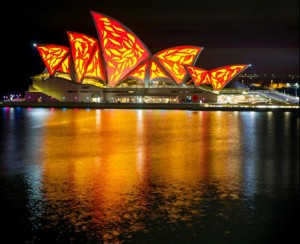 Sydney has been named as the number one city in Australia at a top travel awards ceremony.

The capital of New South Wales scooped a sting of top awards, including ‘Best City’ in Australia, New Zealand and the South Pacific in the 20th annual Travel + Leisure 2015 World’s Best Awards in the USA. Sydney scooped the top award for the second year in a row.

Sydney properties also dominated the Top Hotels category winning four of the top five positions with the Four Seasons Hotel in Sydney voted the number one hotel in Australia, New Zealand and the South Pacific. The Park Hyatt Sydney, Intercontinental Sydney and Sydney Harbour Marriott Hotel at Circular Quay were also placed in the top five.

The USA is an important visitor market for NSW with the State welcoming more than 63% of all visitors to Australia from the USA in 2014.

“Once again, this shows what an amazing world city Sydney is with its iconic landmarks, stunning beaches, vibrant food and wine scene and world-class events that all continue to resonate with the readers of Travel + Leisure,” said Stuart Ayres, Minister for Trade and Tourism.

Travel + Leisure is a travel and lifestyle magazine based in New York. The 2015 World’s Best Awards are voted for by readers of Travel + Leisure and reflect the views of world travellers.