Kidman’s fear over new coal mine • Are you thinking Australia? | thinkingaustralia |

Kidman’s fear over new coal mine 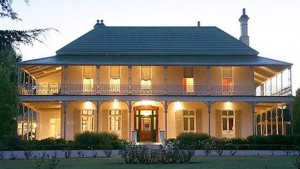 Hollywood star Nicole Kidman has expressed concern over plans to open a new coal mine close to her $6.5m home in Australia.

The Australian actress bought the 45-hectare estate in Bunya Hill, New South Wales in 2008 as a hide-away retreat. It features an impressive 1878 Georgian mansion with wide sandstone verandas, pressed-metal ceilings, a carved cedar staircase and 10 marble fireplaces and was the former home of Lord Augustus Loftus, a governor of NSW.

But now the star has joined with local residents to express great concern over plans by Hume Coal to build an underground coal mine in the area around her property.

The plans, submitted last week, are feared to endanger land and properties used for livestock grazing, farming businesses and local vineyards. The mining company has now started an extensive survey of the area to identify and address local residents’ concerns.

The proposed new operation will mine 35% of coal from the available reserves and is expected to create 400 jobs for the local community.