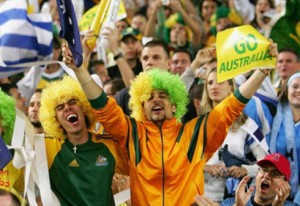 Sydney will play host to Australia’s bid to remain in the 2018 World Cup.

Australian national team The Socceroos will take on Jordan at the Allianz Stadium in Sydney on 29 March in a must-win game to decide which country will go forward to the next stage of World Cup Qualifying as group winners.

The Socceroos are currently ahead of Jordan by two points at the top of Group B. And they are due to play another fixture, against Tajikistan at Adelaide Ovalide, on March 24. The match against Jordan at Allianz Stadium will ultimately decide which country progresses to the next stage of qualifying.

“It’s a very important game, an opportunity for us to finish this first phase strongly. We’re on top of the group and we want to stay there,” said Socceroos Head Coach Ange Postecoglou.

The match at Allianz Stadium is the first time the Socceroos have played in Sydney during their 2018 FIFA World Cup qualifying campaign.

The NSW Government is greatly responsible for the World Cup event being played in Sydney as part of its commitment to bring major events to NSW.

Stuart Ayres, Minister for Sport, said: “Sydney has seen many famous Socceroos victories over the years, and I look forward to seeing another one against Jordan in March.”

A family ticket costs $90. Kids go free with two paying adults. Tickets for the 29 March match are on sale now FFA Football Family members and General tickets are available on Friday 22 January from 11am