Spurs play Juventus in Melbourne • Are you thinking Australia? | thinkingaustralia | 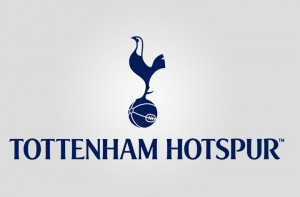 Tottenham Hotspur are set to arrive in Melbourne, Australia in 2016 to take part in the International Champions Cup.

The English Premiere league side will play Juventus at the iconic Melbourne Cricket Ground, the largest sports stadium in the Southern Hemisphere. Spurs will face reigning Serie A champions Juventus in the first game on Tuesday, July 26, 2016 before taking on a second European side on Friday, July 29. Both games will kick off at 8.00pm local time (9.00am UK time).

The competition’s opening match between Juventus and A-League champions Melbourne Victory will take place on Saturday, July 23, kick off 7pm (8.00am UK time).

It will be Spurs’ fourth visit to Australia, following previous trips in 1976 and 1985, as well as May’s post-season tour, which was a huge success on and off the pitch. Over 71,000 fans packed into the ANZ Stadium to see Spurs’ victory against Sydney FC and the tour went on to be named ‘Best Event’ at ‘Australia’s Favourite Event’ Awards in November.

Head Coach Mauricio Pochettino said: “We are excited to be returning to Australia after sharing such great memories from our trip to Sydney last summer. We were all amazed at the level of support our club has on the other side of the world and to see more than 70,000 fans watch us play against Sydney FC was a great experience for everyone.

“We look forward to returning in July and giving more of our fans the opportunity to see the team play up close as we prepare for another hugely competitive season. We also look forward to thanking our Australian fans for their support throughout the season despite the huge time difference.
“We know this is a competitive tournament and we hope to put on a good show for all our supporters in both matches.”