Lifeguard saves Prince in Australia • Are you thinking Australia? | thinkingaustralia | 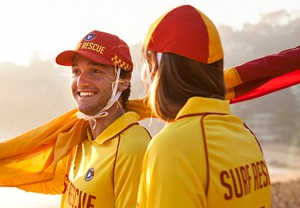 A lifeguard in Australia has been dubbed a hero after he rescued Denmark’s Prince Christian from the sea.

The 10-year-old Prince had been dragged into the surf by a dangerous underwater current at a beach on the Gold Coast in Queensland.

Lifeguard Nick Malcolm rushed into the water after spotting the boy was in trouble while swimming offshore at Mermaid Beach. He paddled back to shore with the prince and returned him to the care of Frederik, Crown Prince of Denmark, and his wife Australian-born Princess Mary.

Prince Frederik thanked the lifeguard, who later said “Oh, okay” then returned to his patrol.

The royal family, including Prince Christian and his three younger siblings, have been holidaying in Queensland and will travel to the island state of Tasmania to visit Princess Mary’s family.

The 43-year-old Princess, formerly Mary Donaldson, famously became a member of Denmark’s royal family after meeting her husband at a bar during the Sydney Olympics in 2000.