Satellite broadband for Australia • Are you thinking Australia? | thinkingaustralia | 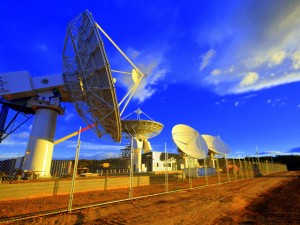 A new satellite due to be launched in October will bring hi-speed broadband to over 200,000 homes and businesses in rural Australia.

The new satellite, called Sky Muster will launch from the Guiana Space Centre in South America as part of Australia’s National Broadband Network and will be one of the world’s biggest communications satellites.

The hi-tech communications facilities carried on board will improve internet speeds in rural and remote areas of Australia that have been poorly served compared to services offered in major cities. It is the first of two satellites the NBN plans to launch into space.

Julia Dickinson, space systems architect at NBN says that many rural and remote Australians do not have access to hi-speed broadband and have suffered with ‘legacy’ dial-up speeds.

The new National Broadband Network will allow those in rural areas access to services such as video-conferencing, video streaming and specialist telehealth applications in the home.

Meanwhile, four suburbs in Hobart, Tasmania will make the complete transition to the NBN from today when landline services will progressively be limited to emergency calls only. The fibre network will completely replace existing landline phone and internet services in Montagu Bay, Rosny, Rosny Park and Bellerive.