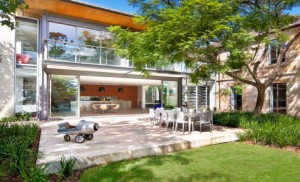 Hollywood star Cate Blanchett is selling her Sydney home and hopes to make a 100% profit.

The Australian actress is quitting the country of her birth and moving to America with her director husband Andrew Upton. The celebrity pair is putting their home up for sale for $20 million.

The couple paid $10.2 million for the property in 2004. The house, called Bulwarra, in Sydney’s Hunters Hill area was built in 1877 and is a heritage listed building.

The 3,642 square metre sandstone harbour side property has five bedrooms that open to a verandah that overlooks the water. There is also a master retreat located in a private wing of the house.

The property will go on the market in September.