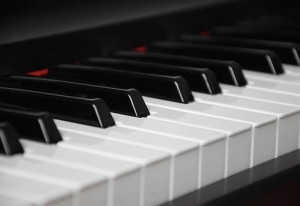 Rock legend Prince is to perform at a series of concerts in Australia this month – with only a piano.

The enigmatic American star who shot to fame in the 1980s with worldwide hits such as Purple Rain and Little Red Corvette, will perform a stripped down ‘unplugged’-style show featuring only himself and a piano.

Prince’s ‘Piano And Microphone’ concerts will take place in major cities in Australia and New Zealand.

But in true Prince style the star has yet to release any details of what cities he’ll perform in, what venues will be involved, the dates of the concerts or how much tickets will cost.

Due to the expected huge demand for tickets, concerts details will probably only be announced a matter of days beforehand and probably via his website and social media, allowing ‘true’ fans to be first in the queue..

Prince last toured Australia four years ago and, in addition to performing at huge stadiums, he also appeared at a series of ‘secret’ late night shows at clubs in Melbourne and Sydney.