Robbie Williams to tour Australia • Are you thinking Australia? | thinkingaustralia | 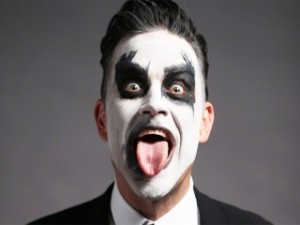 Singer Robbie Williams will perform in Australia later this year as part of his Let Me Entertainment You greatest hits tour.

The former Take That star will start the concerts on Oct 9 2015 at Perth Arena, the same venue he appeared at during his Swings Both Ways world tour in September 2014. It will only be the second time in nine years that Williams has performed live shows in Australia.

Robbie’s last tour featured the singers’ hit swing albums but his new tour will be greatest hits from start to finish, including Angels, Rock DJ, Better Man and Let Me Entertain You.

Tickets go on sale Monday, May 25.