Top Gear stars for Australia • Are you thinking Australia? | thinkingaustralia | 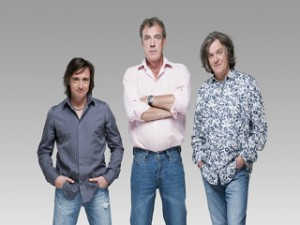 Jeremy Clarkson, Richard Hammond and James May will take their new live show to Australia in July.

The former BBC Top Gear presenters are launching their new motoring show, called ‘Clarkson, Hammond and May Live’ – a new motoring arena spectacular – at Perth Arena on July 18 and 19 before moving to Sydney.

Controversial presenter Jeremy Clarkson was sacked from the hit TV show earlier this year for abusing a producer. Hammond and May then quit Top Gear to join Clarkson with a new show. It will be the first time all three will appear Down Under together, with previous Australian shows only having two of the three.

Content directly related to or inspired by the Top Gear TV series will not be part of their new show. But the trio promise a shed-load of petrol-head excitement and motorising mayhem.