Queensland best for burgers • Are you thinking Australia? | thinkingaustralia | 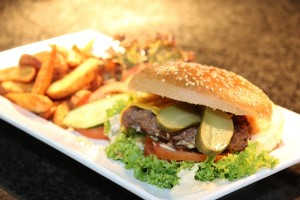 Queensland is the best place in Australia to get a burger, according to a new survey.

Six restaurants in the sunshine state have been named as serving the best burgers in the latest Top 10 ranking of burger joints in Australia. The best-rated burgers, according to TripAdvisor, are served in the Burger Lounge in Queensland.

The only other states to earn a place were Victoria with three of the best burgers and South Australia with one, with Sydney’s burgers also left off the list. The ranking was compiled from reviews and opinions from TripAdvisor travellers.