Property prices in Darwin • Are you thinking Australia? | thinkingaustralia | 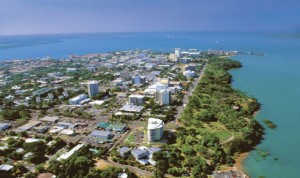 Darwin in Australia is giving Sydney a run for its’ money when it comes to high-value properties.

With the average price of a house in Sydney city centre now $1 million, Darwin now has two suburbs with average house prices over $1 million.

The suburb of Larrakeyah in Darwin now has an average house value of $1.14 million, while Fannie Bay – previously the city’s only million-dollar suburb – has average house prices of $1.05 million.

And the suburb of Bayview is not far behind with an average house price of $974,221.

Other up-and-coming suburbs to watch out for in 2016 include Moil, Tiwi and Alawa, according to CoreLogic RP Data’s Best of the Best for 2015.