‘Powerhouse’ plan for North Australia • Are you thinking Australia? | thinkingaustralia | 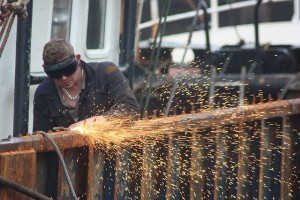 North Australia is set to be a powerhouse of the new economy after the government pledged $5bn to boost jobs and trade.

A recent major gathering of investors, public officials and local interest groups laid out plans for huge infrastructure, community, business and export projects aimed at making the Northern Territory a major hub for trade with countries in Asia.

The Northern Australia Investment Forum, held in Darwin, saw more than 250 international investors discuss investment opportunities in the North. The meeting comes after the federal government announced its’ aim to make northern Australia an “economic powerhouse.”

A series of new investment deals were inked at the meeting, involving major transport infrastructure, export trade and tropical medicine.

The $5bn in central government funding is set to be invested in energy, transport, communications and water investment opportunities. 60% of Australia’s rain falls in the north, but only 2% is captured. New investment will create tens of thousands of hectares of land for agriculture.

And tourism could also be a major new industry in the north with official figures forecasting a 50% growth of tourism in NT where government ministers are seeking to build a new 5-star hotel to support increased visitor numbers.

Darrell Todd of thinkingaustralia says: “Northern Australia has long been seen as the poor relation in Australia but that is all about to change. In coming years we’ll see the north grow to become a major powerhouse of the economy, thanks to its closeness to Asia and the world’s fastest-growing economies.”