Moving to Australia: Brisbane ‘the new Hollywood’ • Are you thinking Australia? | thinkingaustralia |

Get our help FREE advice or find service providers with our ozdirectory
Home > News > All News > Brisbane > Moving to Australia: Brisbane ‘the new Hollywood’

Moving to Australia: The centre of Brisbane will be transformed into the city of Tokyo in the new sci-fi blockbuster sequel to Pacific Rim. 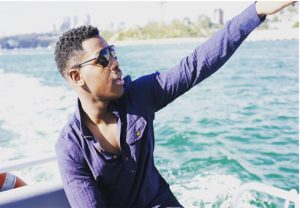 Moving to Australia: Work on the movie, featuring Star Wars actor John Boyega (pictured), has already started at locations around Brisbane Airport and the Port of Brisbane.

Boyega, who also starred in Star Wars: The Force Awakens, has been filming in Australia over the past week.

The actor, who plays Stacker Pentecost’s son in the sequel movie, posted a message on social media saying: “Sydney, sorry for the exploding buildings and giant lizard sightings. It’s for your own safety – Pentecost”.

The first Pacific Rim movie, released in 2013, is set in a future when Earth is at war with the Kaiju, monsters that emerge from the Pacific Ocean.

The sequel, Pacific Rim: Maelstrom will be released in February 2018.

Next year the production will move to Eagle Street in Brisbane and other locations on the Gold Coast.

Eagle Street, known for its proliferation of legal companies, also boasts river access and is home to some of Brisbane’s top restaurants.

In August this year the corner of Mary and Albert streets was transformed into New York for the filming of Thor: Ragnarok starring Chris Hemsworth and Tom Hiddleston.

Queensland’s Gold Coast is no stranger to major productions. Many top-grossing movies have been filmed at Village Roadshow studios.

The state government has invested an extra $30 million over four years into Screen Queensland in a bid to attract major productions. The growing film industry in the state provides jobs – the new movie will employ 270 Queensland crew – and helps boost tourism and wider economic activity.

Are you planning on moving to Australia? Click here for expert help: Skilled Migration to Australia