Migrate to Australia where New South Wales grew faster than at any time since the Sydney Olympics. 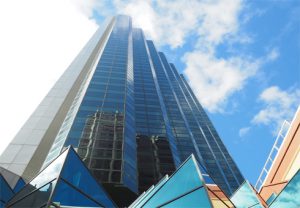 Migrate to Australia: The NSW economy grew by 3.5 per cent in the year to June 30, the best rate of expansion since 2000, according to the Australian Bureau of Statistics.

The results underscored the economic strength of Australia’s two biggest states compared with the rest of Australia.

Victoria grew by 3.3 per cent in 2015-16, its best performance in eight years, its growth also fuelled by construction and financial services.

Growth in both NSW and Victoria was well above the national average.

Other states have not been growing quite so fast.

The Western Australian economy has slowed and grew by 1.9 per cent last year. Over the past decade growth in WA has been at an average of 5 per cent per annum.

Economic growth has been weakest in Tasmania at 1.3 per cent.

“Not only is the NSW economy experiencing the strongest growth since the Sydney Olympics, this is the first time in 25 years we have been number one among the states for overall economic growth.

NSW’s economic growth has been driven by an increase in exports with services exports, including education and tourism, growing by 12.5 per cent in the past year.