Get our help FREE advice or find service providers with our ozdirectory
Home > News > All News > Sport > Migrate to Australia: Adelaide Motorsport Festival

Migrate to Australia to experience the noise and excitement of racing cars travelling at speed in Adelaide. 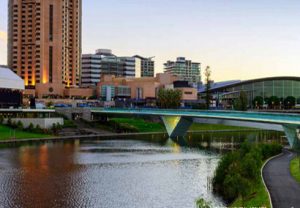 Migrate to Australia where the Adelaide Motorsport Festival has two main parts – the Classic Adelaide Rally and the Victoria Park Sprint.

There is also a Prima Tour in the Barossa and McLaren Vale.

The Classic Adelaide Rally features two days of rallying through the Adelaide Hills and Fleurieu Peninsula and finishes with a twilight stage at Victoria Park.

A street party on Gouger Street will be held Friday night and is expected to attract more than 10,000 people.

It’s been more than 30 years since the first Formula 1 Grand Prix was held on the streets of Adelaide and the Adelaide Motorsport Festival has grown significantly with the 2015 event injecting more than $3.5 million into the State’s visitor economy.

This year there have been more than 150 entries received for the Classic Adelaide Rally and competitors will cover more than 550 kms.

In addition to Formula 1 cars the festival will feature the original drivers in their cars. It will be fantastic to see Pier Luigi Martini, Stefan Johansson and Ivan Capelli take to the track.

South Australia hosts some of the best motorsport events in the country – including the epic Clipsal 500 Adelaide. The Adelaide Motorsport Festival is an exciting part of our summer events calendar.

During the coming months our city will come alive with the Santos Tour Down Under, Adelaide Fringe Festival, Clipsal, WOMADelaide, the Women’s Australian Golf Open and more.

South Australia was recently named Australia’s Best Event State for the second year in a row. It has also been named the fifth Best Region in the World to visit in 2017 by Lonely Planet.