Melbourne will be biggest city • Are you thinking Australia? | thinkingaustralia |

Melbourne will be biggest city

Melbourne is to overtake Sydney and become the biggest city in Australia. 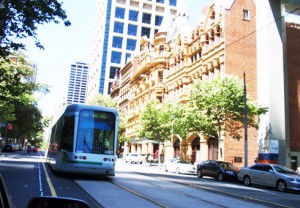 Melbourne: No 1 city in Australia

Melbourne is Australia’s 2nd largest city with a population of 4.5 million but it will grow to overtake Sydney in coming decades according to government forecasts.

“Add this to the laid-back culture, friendly welcome and fantastic weather in Victoria and it’s easy to see why Melbourne is the fast-growing city in Australia.”

Given the traditional fierce rivalry between Sydney and Melbourne, Darrell Todd, who was born and bred in the city, “is now celebrating like a world champion,” according to the team at thinkingaustralia. “He’s been phoning his mates in Sydney – and blowing raspberries … (News Ed).

The Victorian capital’s rise to No 1 status is mirrored in latest official figures that show, since 1999, Australia’s population has doubled at twice the expected rate.

The number of people living in the country has been increasing by around one million a year, and will continue to rise for decades to come.

With the population now increasing by one person every 1.5 seconds, by next Tuesday there will be 24 million people living in Australia, a level it was not expected to reach until 2033.

In 2018 the population will be 25 million and will increase by one million people every 2 to 3 years. By the year 2100 there will be 53 million living in Australia according to the Australian Bureau of Statistics.

In the last 50 years the population has doubled from 12 million to 24 million. It is forecast to reach 40 million by 2050, “By which time Melbourne will be the biggest city in Australia!” Darrell Todd is keen to remind us.