$1bn for Australia start-ups • Are you thinking Australia? | thinkingaustralia |

Australia is to spend $1 billion to boost new business start-ups and its’ hi-tech science industry. 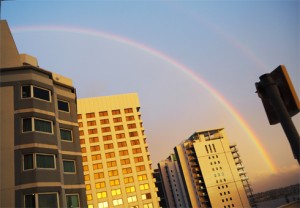 The government of Australia wants to see more home-grown innovation turned into commercial success and has launched new policies to encourage this.

The new National Innovation and Science Agenda will support new business, R&D and innovation with $1.1bn of funding, tax breaks and schemes to assist commercial partnerships.

“From its very beginnings Australia has been a ‘start-up’ country, a land of innovation,” says Darrell Todd, CEO of thinkingaustralia. “We have a fast-growing pool of talent across all areas of science, industry and commerce.”

Darrell has been an entrepreneur all his working life creating successful businesses in the leisure, entertainment and hospitality industries.

For the past 25 years he has helped tens of thousands of people to live, work and to migrate Down Under with his company thinkingaustralia.

“Aussies have always been ‘give it a go’ kind of people – it’s a natural part of our culture,” he says.

Scientific advances by Australian companies have contributed $330 billion a year to Australia’s economic output over the past 30yrs – a quarter of all economic activity.

Innovation in biological science alone has added 5% growth to the Australian economy and without such developments the ‘burden of diseases’ would be up to 34% higher.

Latest reports show that Australia is successful at integrating advances in science and technology into its economy. But the Malcolm Turnbull government is concerned the country is falling behind in areas such as commercial partnerships.

The new government scheme will ensure funding is allocated to R&D projects partnered with industry. And money will be spent on long-term research and commercial infrastructure.

It includes changes to the tax system to support entrepreneurs. There are new tax breaks for early-stage investors and a change in insolvency laws to reduce penalties for honourable failure.

For more info go to: National Innovation and Science Agenda