Melbourne’s population grew by 2.1 per cent in 2014-15, down slightly from 2.2 per cent last year, but still higher than the next-fastest growing capital, Darwin (1.9 per cent). 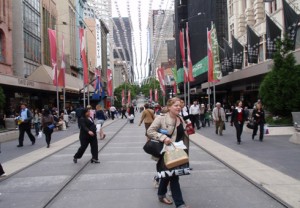 Seven out of the country’s top ten growth areas were in Greater Melbourne, according to the Australian Bureau of Statistics. Melbourne’s outer suburbs had some of the largest growth in Australia.

Cranbourne East in Melbourne’s outer south-east increased by 4,600 people in 2014-15, the largest growth of any area in Australia. The outer northern areas of South Morang (up by 4,200 people) and Epping (3,300) came in second and third respectively, whilst Point Cook (3,200) in Melbourne’s outer west ranked fourth nationally.

Cranbourne East also had the fastest growth in the state (and the second-fastest nationally), increasing by 32 per cent in 2014-15.

In addition to the growth areas on the outer suburban fringes, large population increases were also seen in the inner-city area of Melbourne (up by 2,600 people) and nearby Southbank (1,300). Docklands was the fastest-growing inner city area, up 8.3 per cent in 2014-15.

Outside of Melbourne, areas with the largest growth in 2014-15 were Grovedale (up by 1000 people) in Geelong and Ocean Grove – Barwon Heads (700) on the Surf Coast.