House price inflation across Australia is now almost half the rate it was six months ago. The slowdown in property prices is good news for anyone seeking to get on the property ladder down under. 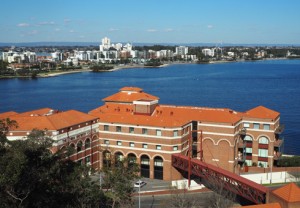 Property prices in Australia’s capital cities were rising at an annual rate of 11 per cent in July last year.  But price growth has been falling ever since.

The cost of an average home in Australia’s capital cities rose just 6.4 per cent in March.

In Darwin the cost of an average home has fallen by 1.8 per cent. Perth meanwhile saw property prices rise by 1.2 per cent in March although prices in the city have fallen by 4.6 per cent since December 2014, according to CoreLogic RP Data.

In Sydney house price growth has dropped more than 50% to 7.4 per cent. In July last year prices were rising at 18.4 per cent.

Property prices in Melbourne however remain buoyant and are rising at an annual rate of 9.8 per cent.

In the first three months of 2016, property price growth was almost half what it was during the same period in 2015.

For expert info on buying property in Australia, Click Here