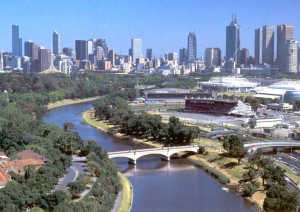 The housing market in Melbourne, Australia, is showing signs of slowdown with a fall in the number of properties sold at auction.

Across the city, auction clearance rates have fallen over each of the past four weekends. With over 11,000 properties listed for sale last weekend the clearance rate in Melbourne was 73% – lower than the previous weekend and, after 12 months of rising prices, the same as this time last year.

With a record number of properties coming onto the market prices and sales have flattened and now appear to be falling.

Inner city units recorded a clearance rate of 55 percent from 77 auctions compared to houses with an 80 percent result.