Joan Baez tour of Australia • Are you thinking Australia? | thinkingaustralia | 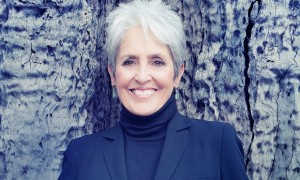 Legendary folk singer Joan Baez is currently on a nationwide tour of Australia.

For more than 50 years the American singer and activist has been an outspoken figure in the cultural and political life of the US.

She is part-Spanish, part-Scottish and she sings in Spanish and English on the more than 30 albums she has released during her career.

Apart from her own self-penned material, Joan has covered songs by contemporary stars as Ryan Adams, Steve Earle and Natalie Merchant. She’s also famous for her social activism and has campaigned for civil rights, human rights and environmental issues.