Canberra set for a scorcher • Are you thinking Australia? | thinkingaustralia |

Canberra set for a scorcher 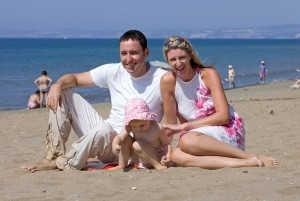 The city of Canberra in Australia is set for its’ hottest day of the year this weekend.

Temperatures in the Australian capital and along the south coast of New South Wales are predicted to be the highest so far this year.

On Sunday, temperatures are forecast to reach 34 degrees in Batemans Bay, 12 degrees above average for this time of year and higher than January’s hottest day of 33.9 degrees.

Weather forecasters say Batemans Bay is forecast to reach 29 degrees on Saturday, 34 degrees on Sunday and 31 degrees on Monday and Tuesday.

The warm peak is due on Sunday, before a sea breeze arrives on Monday and Tuesday. But it will remain hot for the time of year.