Harry’s farewell to Australia • Are you thinking Australia? | thinkingaustralia | 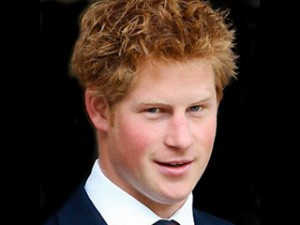 Britain’s Prince Harry ended his visit to New Zealand and Australia by scoring the winning goal in a football match.

The 30-year-old prince spent a week in New Zealand, where he took part in a pub quiz on an outer southern island, included learning a traditional haka at a military camp, and finished with a day of sport at Auckland. He played in a five-a-side match between New Zealand representatives and volunteers working at the FIFA U20 World Cup, which starts in New Zealand later this month.

As New Zealand prepares to hold a referendum on whether to change its flag, which features the British Blue Ensign, Harry used a farewell reception to highlight his family’s ties with the country. “These links are of course central to the constitution of this nation, but they go much deeper than that,” he said. “They are built on a profound personal fondness for this captivating country and its charming, talented people.”

The prince’s tour of New Zealand came after he spent a month with the Australian Army, during which time he learned bush survival techniques, flew a helicopter and helped capture a crocodile.