‘Green’ jobs grow in Australia • Are you thinking Australia? | thinkingaustralia | 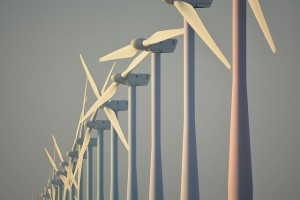 Opportunities for workers in the renewable energy industry in Australia are growing fast as major cities seek to go carbon-neutral.

Melbourne aims to be carbon-free by 2020, Sydney has a target of reducing its emissions by 70% by 2030 and Adelaide has announced major plans to reduce and eliminate its’ reliance on carbon-based energy that will create thousands of new jobs over the next decade and more.

In Adelaide, the South Australian Government says that its municipal area currently emits about 955,000 tonnes of carbon dioxide equivalent (CO2-e) each year. Most of that is generated by the use of grid electricity and transport. The aim is to reduce that figure to zero through the use of renewable energy, energy efficiency and changes to the way residents live, work and move around the city.

The commercial sector has experienced the largest reduction, having reduced its emissions by 25% over a six-year period, largely due to the reduced greenhouse gas intensity of the South Australian electricity grid

Commercial and transport sectors are the two largest sub-sectors in terms of emissions, contributing 47% and 40% to the total respectively. The other sectors, such as waste, residential and industrial sectors, contribute 5%, 4% and 4% each.

The commercial sector is the largest consumer of electricity but use has been declining over the past six years due to energy efficiency policies and reduction measures. But commercial gas consumption has increased by 1%.

The biggest share of emissions from the landfill waste was contributed by the commercial and industrial sectors (85%). The municipal sector was responsible for a further 14%, and construction and demolition activity 1%.