‘Green’ energy industry in Australia • Are you thinking Australia? | thinkingaustralia | 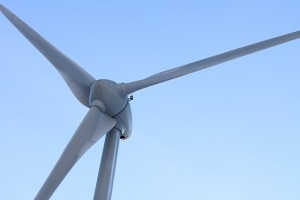 The government of Australia is being urged to accelerate plans to generate more renewable energy.

Australia now has more than 1,800 wind turbines installed and 1.4m rooftop solar systems are in use in homes and businesses. And 12,590 people are employed in the industry full-time.

In 2014, ‘Green’ energy made up 13.5% of the total power supply, with almost half of that coming from decades-old hydro electricity schemes.

Australia is still largely powered by coal. “We have a clapped out old energy fleet that belongs in the Eastern Bloc, not in a sophisticated and clever country such as ours,” Kane Thornton, chief executive of the Clean Energy Council, said. “With over half of our existing coal fleet beyond its operating life, it is time to clean-up and modernise our power system”.

Since its inception the Australian Renewable Energy Agency has made $1.4bn in commitments to 89 projects. That has generated a further $2.2bn in investments from private lenders, including the big four banks. Its expected rate of return is 6%, almost double the average the government gets from bonds. It is making a profit and paying dividends.