Emigrate to Australia: Suzi Quatro rocks Down Under • Are you thinking Australia? | thinkingaustralia |

Get our help FREE advice or find service providers with our ozdirectory
Home > News > All News > Entertainment > Emigrate to Australia: Suzi Quatro rocks Down Under

Emigrate to Australia: Suzi Quatro rocks Down Under 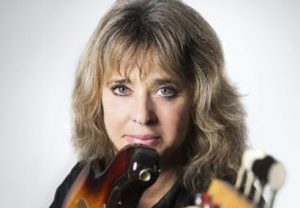 Emigrate to Australia, a country that is close to Suzi’s heart. She says: “There’s an umbilical cord with Australia. We understand each other.

“I always think of the Australian people as what you see is what you get, and I’m exactly the same.”

Suzi Quatro is an American glam rock singer-songwriter, multi-instrumentalist and actress who first found fame in 1971 with her chart hit Can the Can. She opened the door for generations of female artists when she became one of the world’s very first female rock stars.

Quatro quit touring two years ago after a series of 50th anniversary farewell concerts, but then found she still had plenty of rock music left inside her.

Suzi teamed up with guitarist Andy Scott from The Sweet and Don Powell, the drummer from Slade, to form a new group called QSP. The band is due to release an album of new songs and well-known covers in January next year prior to the launch of their Leather Forever- Encore Tour across the country.

Emigrate to Australia: Suzi Quatro rocks Down Under

“Australia will be the first to see the QSP live show,” Quatro said.

“I’m going to be my own opening act – I don’t know if anyone has ever done that before.”

Suzi will perform with QSP at the show before launching into a solo section.

Suzi Quatro and her new band will perform 18 shows during the tour which commences in Tweed Heads on 3 February and ends on 4 March 2017 in Darwin.

Ticket information is available from www.duetgroup.com