Australian Dollar rates were impacted as investors reacted to news that the Reserve Bank of Australia would not be cutting interest rates in November. 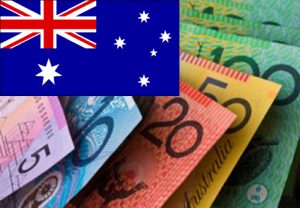 Australian Dollar rates wavered as anxiety over a possible interest rate cut had increased due to poor employment results last month, according to currency specialists TorFX

But Australia’s latest inflation results printed strongly enough to allow the RBA to maintain its neutral tone towards monetary policy.

Despite this the Pound to Australian Dollar exchange rate had recovered most of its Tuesday losses by Wednesday morning due to a significant shift away from risk in forex markets.

With the US Presidential election looming and Republican nominee Donald Trump closing the gap, markets fled towards ‘safe haven’ investments like the Japanese Yen, leaving risky currencies like the Australian Dollar limp.

The latest Global Dairy Trade (GDT) auction saw the price of the commodity jump by 11.4%, resulting in the highest levels since July 2014.

Despite demand for risky currencies like the ‘Kiwi’ slumping on US Presidential election jitters this week, demand for NZD itself remained bullish on Wednesday thanks to this commodity news, keeping GBP/NZD pressed against yet another record-low.

Pound Sterling (GBP) – After rallying on Monday in response to news that Bank of England Governor Mark Carney would be extending his tenure as bank head until 2019, the Pound slumped on Tuesday, giving up all of its Monday gains.

Investors had been cheered by the news, but this could add to long-term uncertainty as it means Carney’s departure will take place shortly after Britain’s proposed timeframe for leaving the EU.

Solid UK data published on Tuesday was not enough to lift the Pound. Markit’s seasonally-adjusted Manufacturing PMI for October slipped slightly below expectations at 54.3, falling from September’s 55.5. This was still solid growth, but Sterling’s appeal was limited by forecasts that the UK economy will come under serious strain once the official Brexit process begins.

US Dollar (USD) – The Pound to US Dollar exchange rate fluctuated on Tuesday as both currencies weakened throughout the day.

After almost a month of a solid lead in the polls, Tuesday revealed that Democrat Hillary Clinton’s lead was slipping due to the recent FBI probe into Clinton’s private email server issue. Market uncertainty over the possible effects of a Trump presidency weighed heavily on USD appeal, and the currency was sold throughout the day.

This negative movement for the Dollar continued on Wednesday despite Tuesday’s US data beating expectations. Markit’s Manufacturing PMI improved to 53.4 (a one-year-high) and ISM’s improved to 51.9 for October. This led to a slight increase in December Fed rate bets, which now stand at 73%.

Euro (EUR) – The Pound to Euro exchange rate gave up its Monday gains on Tuesday, slumping to below the week’s opening levels. The Euro was able to capitalise on the weakness of its rival, the US Dollar, throughout the day as US Presidential election jitters began to take hold of US markets.

However, news that Germany’s October unemployment results had come in better than expected kept the Euro afloat. Unemployment was forecast to fall by -1k, but it instead dropped by a strong -13k. The key unemployment rate unexpectedly improved from 6.1% to 6.0%.

Canada’s August Gross Domestic Product (GDP) results met expectations, coming in at 0.2% month-on-month and improving to 1.3%on the year. However, later in the session the ‘Loonie’ was weakened by comments from Bank of Canada (BOC) Governor Stephen Poloz, who indicated that Canada’s interest rate would not be hiked to combat rising house prices. This weighed on market hopes for higher Canadian interest rates in the mid to long-term.

This, as well as a drop in demand for risk-correlated investments, left GBP/CAD closer to its weekly highs on Wednesday morning.