Emigrate to Australia for science and research • Are you thinking Australia? | thinkingaustralia |

Emigrate to Australia for science and research

Emigrate to Australia, a country that produces 3% of the world’s scientific research publications. 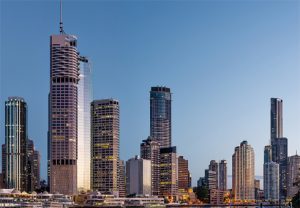 Emigrate to Australia where the Government has sought to strengthen its science and innovation system, actively collaborating with international partners and drawing on global best practice to strengthen its policies.

Australia currently spends around 2.1% of GDP on research and development (R&D), slightly below the OECD average of 2.3%.

More than a third of this spending goes to the business sector, mainly through a tax concession for companies investing in R&D.

Emigrate to Australia for science and research

Australia is home to some world-class scientific research organisations, the best-known of which is the Commonwealth Scientific and Industrial Research Organisation (CSIRO).

Founded in 1916, the public research agency is credited with several notable inventions, including the polymer banknote and Aerogard insect repellent.

Other public agencies include the National Health and Medical Research Council (NHMRC), which supports research on human biology and health, and the Australian Research Council (ARC), which covers all disciplines including the sciences, humanities and social sciences.

The Australian higher education system is modelled on the UK’s.

Of its 43 universities, about five consistently feature in global Top 100 rankings.

International education is Australia’s largest service export; it has the third highest number of international students in the world behind the UK and USA.

Australia is one of the UK’s leading research partners, with 8.4% of Australia’s total research output involving collaboration with UK-based authors.

CSIRO is highly engaged with the UK, undertaking 386 joint publications during 2015.

There are more than 450 separate agreements between Australian universities and UK partners, covering research collaborations, staff exchanges and student mobility and exchange programmes.

Want to Emigrate to Australia to live and work? Click here for expert help: Skilled Migration to Australia