Australian Dollar and Pound have remained well below last week’s best levels since. 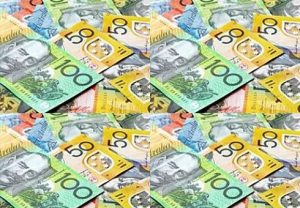 Australian Dollar sentiment was up on Monday morning as markets reacted to news about US Presidential nominee Donald Trump, according to currency specialists TorFX

While analysts believe Trump delivered a solid performance in Sunday’s presidential debate, the weekend’s leak of 2005 tapes of the nominee is thought by traders to have significantly affected his chances in the US Presidential election.

As a result, investors were slightly reassured on the subject of continued market stability and took the chance to indulge in a small risk-correlated rally that included the Australian Dollar when financial markets opened on Monday.

Despite this, the Pound to New Zealand Dollar exchange rate trended near record-low levels while attempting to recover on Monday morning thanks to last Friday’s GBP crash.

Pound Sterling (GBP) – Sterling spent Friday’s session trying, and failing, to recover from new 2016 lows after a sudden ‘flash crash’ undermined the currency’s value in the early hours of Friday morning. The cause of the crash is still largely unknown. Sterling remained near historically low levels after the weekend.

The British government has been presenting a consistent narrative that it wants to take a tougher stance on immigration and has indicated that it is prepared to lose access to the single market in order to achieve its aims. This ‘hard Brexit’ likelihood continues to weigh down Pound trade even on Monday morning. Investors believe direct foreign investment will slow right down and worsen Britain’s already unhealthy account deficit.

While the latest UK ecostats have been impressive, and could even offer GBP some support to make a recovery rally in the coming week, analysts are increasingly suggesting that the Pound is becoming more a politically-aligned currency than an economically-aligned one.

US Dollar (USD) – The Pound to US Dollar exchange rate lost a considerable amount of value during Friday’s flash crash, but analysts are mixed on what the pair’s lowest value actually was. Regardless, GBP/USD trended weakly for the rest of Friday and was in the region of 31-year-lows on Monday morning.

The US Dollar was held back slightly on Friday afternoon by the latest US Non-Farm Payroll report, which revealed that less new jobs had been created in September than expected. Investors expected a print of 167k, to improve on August’s disappointing score. However, the final score of 156k left the ‘Greenback’ making mixed movement.

On the other hand, August’s score was revised up to 144k, and the surprise increase in the unemployment rate (to 5.0%) was only caused by an increase in the participation rate. Sunday’s second US Presidential debate doesn’t seem to have altered USD exchange rates significantly.

Euro (EUR) – The Pound to Euro exchange rate dropped to and continued to trade near levels not seen since 2010 on Friday, as the pair failed to recover from a sudden crash in Sterling value in the early hours of Friday morning.

The Euro was able to hold its ground in the afternoon due to a slight slip in US Dollar demand, but other than that the shared currency has seen (and continues to see) mixed demand in markets.

Monday morning’s data was unable to help the Euro trade solidly as it slipped against other currencies. Germany’s August trade balance impressed, hopping from 19.5b to 20b. Exports shot up to 5.4%, and imports increased to 3.0%. Some speculate that comments made by European Central Bank (ECB) President Mario Draghi over the weekend have weakened the Euro, as he indicated that while the effect of the Brexit vote is still unknown, the vote itself is ‘very significant’ economically.

The Euro trended a little more strongly on Monday morning following the publication of Sentix’s October investor confidence report for the Eurozone, which improved from 5.6 to 8.5.

Friday’s Canadian employment report for September saw a surprisingly high 67.2k new jobs made throughout the month, but the main reason for the Canadian Dollar’s solid value was continued hope in an oil production output cap from OPEC member nations.

While oil prices slipped slightly at one point on Monday morning, demand for the Canadian Dollar was solid due to stability in US markets and investors rebuying the currency from its Friday selloff.